Sumitomo Chemical focuses on organic electroluminescence. It has a high degree of energy efficiency because it emits light by itself. In addition, as the lighting fixture can be as thin as several centimeters thick, it is possible to create a ceiling that emits light. The company plans to increase the brightness and decrease the price comparable to a fluorescent lamp toward 2015. According to a research company, the domestic LED market is estimated at 140 billion yen, of which 93 billion yen was sales of LED lamps, in 2011. 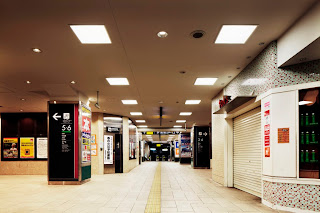 A railway station in Tokyo illuminated by organic electroluminescence lighting 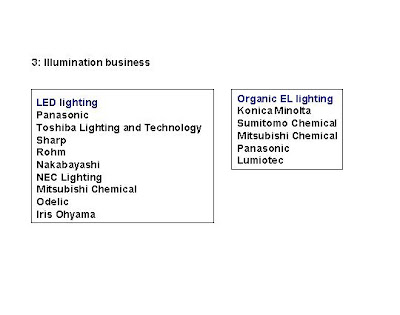 Posted by Senryaku-kenkyu at 12:29 AM